A Look at the Top Smartphones Heading Into 2020 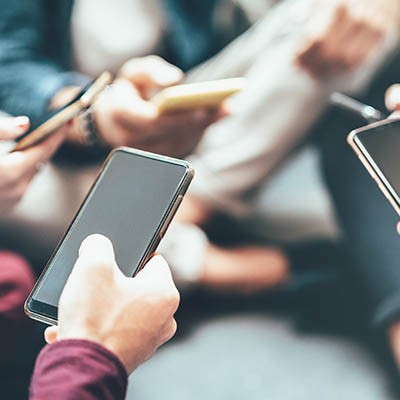 Across the board, smartphones are useful. People can manage their home, work, and social lives through their phone. They can feed their pets, order food, and get about anywhere with the use of a smartphone. As 2020 descends upon us, we thought it would be smart to take a look at some of the top smartphones you can buy.

Most of these smartphones will meet any need that you could possibly have for your phone. There are budget options that will do most of the things you could want and more expensive flagship phones that will be a cut above and handle everything you throw at them and more. Here is our list of best phones for sale, right now:

Samsung has developed the most premier Android smartphone for years now and with their latest flagship device, the Galaxy s10 Plus, they again sit atop any “best phone of the year” rankings. The Galaxy s10 Plus weighs in at 6.17 oz and features a new Dynamic AMOLED display fitted onto an aluminum frame. The phone is finished in Gorilla Glass 5, and features sharper edges than Samsung’s previous three models.

The guts of the Galaxy s10 Plus are equally impressive, with a Qualcomm Snapdragon 855 processor, storage options ranging from 128 gigabytes to a full terabyte, and 8-to-12 gigabytes of RAM depending on the model. As for cameras, it now has five, including a wide angle, ultra-wide angle, and a telephoto option. For security, the fingerprint reader is now hidden under the display. The s10 Plus is also likely to be the last Samsung flagship with a 3.5mm headphone jack.

Until the Galaxy s11 Plus is released, the s10 Plus is the standard for the Android smartphone, and is available in the following colors:

The iPhone 11 Pro Max continues Apple’s resurgence in the premium device category, as it is considered one of the top three phones developed in 2019. The device’s hardware features a 6.5-inch Super Retina OLED display, built onto a stainless steel frame. Inside the device users will find Apple’s proprietary A13 Bionic chip, four gigabytes of RAM, and either 64 gigabytes or 512 gigabytes of onboard storage.

The camera is much improved with three separate 12-megapixel cameras, an ultra-wide angle lens, a wide angle lens, and a telephoto lens. The latest iOS has some new features, including an advanced neural engine built into their A13 Bionic processor to improve Siri’s performance and some other camera and AI features. The iPhone 11 Pro Max is available in SpaceGray, Gold, Silver, and Midnight Green from most major carriers for around $1,100.

Just a few years ago, the Galaxy Note line of smartphones were the absolute best devices users could buy, but battery issues forcing Samsung to recall well over a million devices. In all the snafu cost the company over $5 billion. The Note 10 Plus, doesn’t have any of those issues, and for the business professional, it may be the best phone on the market, especially if you like big phones.

Built on an aluminum frame and draped in Gorilla Glass 6, the Note 10 features a 6.8-inch Dynamic AMOLED display, and stores the on-board s-pen stylus inside the chassis. Inside it has a Qualcomm Snapdragon 855 processor, up to 12 gigabytes of RAM, and a 4,300 mAh battery with game-changing 45-watt fast charging.

The Note 10 Plus has three 12 megapixel cameras that are paired with a time-of-flight 3D depth sensor to provide better depth of field on pictures. The device features wireless QI charging and reverse QI charging (so you can charge other wireless charging devices with it) and all the benefits found within Android 9.0, which can now be upgraded to Android 10 (based on your wireless carrier).

The Note 10 Plus is available in Aura Glow, Aura White, Aura Black, and Aura Blue and can be found as an option at most major carriers for somewhere between $849 and $1,200.

The Google Pixel 4 XL is the latest attempt by Google to grab ahold of some of the smartphone device market. Running on a Qualcomm Snapdragon 855 processor, the Pixel 4 XL might have the best display available in the U.S. market. It’s trendsetting 6.3-inch P-OLED display comes in at about 537 pixels per inch. The Pixel 4 XL can also summon Google Assistant with a simple squeeze.

Somewhat curiously, the Pixel 4 XL still doesn’t feature a fingerprint reader, instead landing on a software based face verification. The most impressive feature of the Pixel 4 XL, as with its predecessors, is its camera. It features a 12.2 MP wide-angle lens and a 16 MP telephoto lens that has the ability to take high quality shots in very low light. This is one of Google’s big selling points for the Pixel, as you can point the camera up to the sky on a clear night and get incredible photos of the stars.

The device comes in Clearly White, Just Black, and Oh So Orange, and can be had from all major carriers. Depending on the model, it will cost somewhere between $899 and $999.

While the other phones on this list are from some of the world’s biggest companies, there are dozens of smaller manufacturers that make elite-level smartphones. One such product is the new 7T Pro from OnePlus. Behind this device’s flagship-level specs is a dedication to developing user speed. The 7T Pro is one of the very first smartphones that run with a 90 hz refresh rate, which makes the device feel faster.

The phone itself is no slouch either. It features a 6.67-inch fluid AMOLED display with an in-display fingerprint reader. The device runs on the Qualcomm’s best mobile processor, the Snapdragon 855+, and features three rear-facing cameras including a 48 megapixel wide angle lense. Another cool feature is that there is no camera notch, because the selfie camera is motorized, and pops up from the chassis when it is called upon.

Compared to the other flagship phones out there, this one is probably the friendliest on the budget. The 8 GB RAM version is available online for about $699.

Two of the best phones available right now didn’t make this list. The U.S. currently has a ban on Huawei, which has manufactured both the Mate 30 Pro and the P30 Pro. Each provides users with superior hardware, but with sanctions threatening the western markets for these devices, it will be interesting to see how these superior devices sell.

We’d be remiss if we didn’t also mention that new foldable devices are beginning to come to market. Devices like the Samsung Galaxy Fold, the Huawei Mate X, and the (pretty darn cool) Motorola Razr are all out there for your consideration.

Another consideration as we move further into 2020 is 5G. Select cities have begun to launch 5G, and that means manufacturers will be adding 5G-capable phones in the near future. The standardization might be years away, but if you have access to 5G in your market, you may want to make the leap. The benefits will ultimately outweigh the detriments.

What smartphone do you currently use? Would you like one of these? Should we have listed any other smartphones? Leave your thoughts in the comments below.

Facebook Twitter LinkedIn
Tags:
Smartphones Mobile Devices Business Computing
Virtual Assistants are Everywhere… What Will This ...
What Technologies Should Businesses Prepare For?