All You Need to Know Before Buying a Computer, Part III 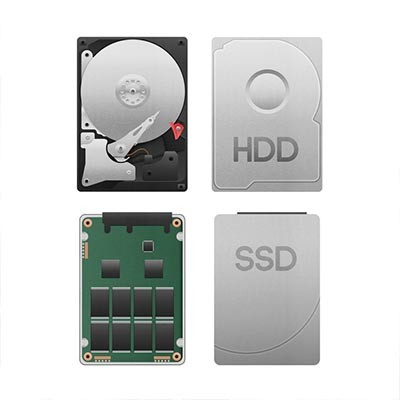 We’ve reached part three of our guide to buying a new computer. As you’re comparison shopping, you’ll probably notice that there are a few options regarding their storage. This is true of most modern gadgets, like smartphones and tablets. iPhones can come with 64 GB (gigabytes) of storage, or you can invest in a model with 128 GB. However, when selecting a computer (desktop or laptop), its memory is especially important to its performance.

My Personal Interest in Computer Storage
Data storage has developed rapidly in the past few decades. At the risk of dating myself, we’ve moved from punch cards to floppy disks (and then less-floppy disks), to rewritable compact discs, and from there, to the various data storage media we currently utilize today.

Your standard double-density floppy diskette measured in at 3.5 inches wide, and could contain 1.44 MB (megabytes) of information - which was huge at the time. A text file with no formatting and anywhere from 600 to 800 pages could fit on one disk, while an mp3 file of an average-length song would require three or four of them.

A CD can contain around 650 MB of data, while a DVD can hold 4.7 GB. For reference, a single DVD can contain the same amount of data that would require 3,342 3.5-inch floppy disks. A Blu-Ray disk can store about 10 times as much as a DVD can, so the equivalent storage capacity in floppy disks would stack up to be taller than your standard telephone pole.

Today, there is a ton of data out there - estimates place Google’s data stores at 15 exabytes. If stored on Blu-Ray disks, you would need 26.2 million of them to hold it all. If using floppy disks, your pile of disks would reach several miles high, and would cover a 100-mile radius.

That’s a lot of floppy disks.

How Your Use Affects Your Storage Needs

The first thing you need to consider when selecting your computer’s storage is how you intend to utilize the device.

For instance, if the computer is going to be assimilated into your office’s network, and most of your data is stored in a centralized server or cloud solution, it probably isn’t going to require very much onboard storage space. As long as you have enough room for the operating system, any programs not accessed via the cloud, and a little breathing room (you shouldn’t completely fill an active hard drive), you should be okay. If your new computer is more for personal use, gaming, or a home office, you’ll want to invest in a little more storage. The same goes for any gaming PCs or those dedicated to video production, as both media types tend to be storage-intensive.

When you’re looking at your options, the devices will have at least one of these acronyms describing its storage. A laptop will generally have SSD storage, while a desktop could have either HDD or SSD (or both). Let’s take a closer look at each.

Hard Disk Drives are the components that computers have used to store data for more than three decades, composed of tiny electric motors, a spinning stack of magnetic platters, and a small arm to read and write data on these platters all housed in a heavy metal construction. They actually operate in a very similar way to a record player, albeit one that achieves 72,000 rotations per minute. These drives are often called “mechanical drives” due to their moving parts.

HDDs are known for their capacity to hold massive amounts of data, but they are comparatively slower than the alternative option and draw more power in order to function. They can also be fragile, especially while in use, so it can be easy to lose data by inadvertently roughing one up. This is primarily why laptops generally don’t use HDD storage - both the battery life of the device and its overall durability would be compromised.

However, it cannot be denied that for high-capacity storage needs (like, multiple terabytes), an HDD is the more cost-effective option.

Unlike HDD storage, there are no moving parts in a solid-state drive. Instead, all data recorded to them is stored electronically. While these drives used to be notorious for inflating the cost of a device, their prices have leveled out as time has passed.

Not only are SSDs more durable than HDDs, they work faster than they do as well. Furthermore, they use less power, making them the best choice for a laptop. They also offer considerable longevity, as modern drives disprove the rumors that SSDs would wear out after so long.

The primary drawback to SSDs is their limited capacity, and the price hikes that come with the higher-capacity options. For comparison, a budget HDD with 3 terabytes of storage would set you back less than a single terabyte SSD at the time of this writing.

What Are Your Storage Needs?

Again, this is primarily influenced by how you’ll utilize your computer. Having said that, you may want to start your considerations with an SDD being implemented. If your use of your PC is relatively limited (like checking your email or surfing the web), you’ll find that a 128 or 256 GB SSD will be perfectly sufficient. If your data is primarily stored on the office network, you won’t need much on your device itself.

If your computer is for personal use, like a gamer’s would be, that’s a different story. It may be worth it to invest in a 512 GB or 1 TB SSD. Depending on where you get your computer, it may not even influence the cost of the PC all that much, although the other components required for gaming (like the CPU and RAM) will likely cost more.

For a home office desktop without a centralized server or network-attached storage device for your data storage needs, you may consider adding an additional hard drive to your computer for use as a data drive. Using an SSD to run your operating system and programs will keep your system running efficiently, and you could utilize a high-capacity HDD for your data.

A gaming PC would also benefit from this setup, as these storage-intensive programs can fill up even a terabyte pretty quickly. The same can be said if you have a lot of media (like photos, videos, or music) to store. If you’re involved in video production, you absolutely HAVE to have additional storage. Even casual hobbyists often find themselves needing to augment their storage with external drives or NAS devices, as photography and video requires a lot of digital space.

Ultimately, an SSD will be the superior option as your primary drive, regardless of whether you get a laptop or a desktop. If you’re unsure of your storage needs, it’s probably safe to get a 256 or 512 GB drive, unless your system is more high-end. With exception of the slim form-factor cases, desktops have room in the case to add at least one additional hard drive. This means you likely have space for additional expansion later on.

You also want to avoid resorting to the cheapest option, as you don’t want to put your data at risk. On that note, you should always (read: ALWAYS) keep a data backup. 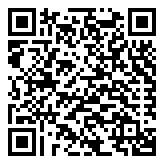