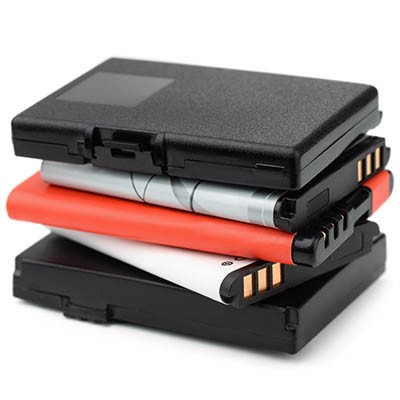 In today's technology dependent world, smartphones play a critical role. How much do you really know about these devices? Sure, the devices haven’t changed a whole lot in the past decade, but what has changed? Today, we take a look at how smartphone batteries have evolved, and what we will see in the future.

When someone mentions “cell phone,” it’s almost easy to forget that there was a time before smartphones. These cellular devices have been around for the past 35 years or so, so what was powering them then? In the 1980s and early 1990s, cell phones were powered by nickel-cadmium (NiCD) batteries. These bulky, heavy batteries really didn’t last long. They also degraded quickly, especially if you didn’t first drain the battery of its charge before recharging. Looking back, we tend to question what we were doing at the time. However, all of this technology was revolutionary.

The next biggest change in cell phone technology came to us in the late 1990s, as the cell phone market began to expand. As demand increased, the need for a new battery technology followed. Manufacturers began creating nickel-metal hydride (NiMH) batteries. This material was much lighter, took less time to recharge, and while it still suffered from degradation, it wasn’t nearly quick.

The devices that the majority of us know and love -- smartphones. What’s powering them? Well, at first it was the same NiMH batteries we mentioned before. They typically were a removable component which could be quickly replaced once the battery finally degraded. However, now these devices typically have an enclosed case where the battery isn’t able to be swapped without a technician opening them up. Why is that? The answer is lithium-ion batteries. Unlike NiMH batteries, these batteries degrade on an almost immeasurable scale. They last much longer, are lighter, and are even faster to charge. With all these pros, lithium-ion batteries come with a price -- literally. This price jump can be seen in devices used nowadays.

Recently, innovations have created a new type of battery -- lithium-poly ion (Li-Poly). While these Li-Poly batteries are not only safer, but are capable of a higher energy density, costs are much too high for manufacturers to commit to Li-Poly in anything but flagship devices.

With so much changing, and so quickly, there tends to be misinformation within the community regarding cellular device batteries. Out of the Box Solutions would like to provide accurate information in order to benefit not only your everyday practices -- but your device as well. Here are common battery practices, as well as a few myths, and the truth behind them:

Mobile devices would not be mobile at all if it weren’t for the development of batteries. We would still be tethered via a power cord. If you would like to capitalize on the ability to be mobile and improve your business’ productivity, call us today. Our experts would be glad to help you procure the resources necessary to make secure mobility possible. Reach out to us at 800-750-4OBS (4627).