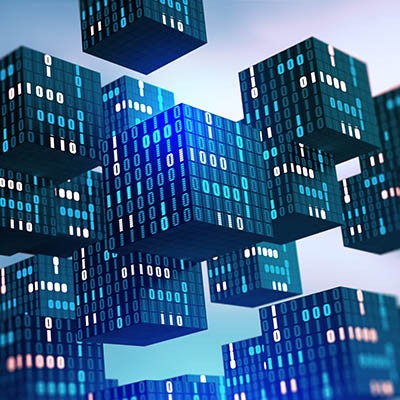 When searching for value within blockchain, you do not have to look hard nor far. Blockchain’s incorruptibility encourages other potential uses in the tech community. Today we will take a look into what blockchain technology is as well as other ways we can utilize this technology.

The word blockchain is derived from the words block and chain. Go figure! Let’s start by taking a look at a block.

A block records some or all of the most recent transactions that have not been entered in any prior blocks. This block, once completed, is permanent and unalterable. Think of this block as a line in a ledger.

A chain is in simplest terms, a sequence of items of the same type, forming a line. Remember making Christmas paper chains? Without being connected, it’s just a single piece of paper without much practicality or organization. Once those pieces are chained together, form and function become visible.

Blockchain is no different. This is why each block is chained together. It is simply combined with other transactions to create a new block of data for that ledger.

The blockchain, as previously mentioned, is a ledger. This digital ledger of economic transactions provides opportunity to record virtually anything of value.

When looking into the "implementability", we really mean virtually anything, including:

There are many more uses of blockchain which are virtually transforming many operations such as blockchain healthcare, cross-border payments, unconventional money lending, and even insurance claims processing.

Blockchain’s uses will continue to be discovered, and implemented. How do you think blockchain technology will be used in the future? Leave a comment below.