How the Internet of Things Helps B2B and B2C Both 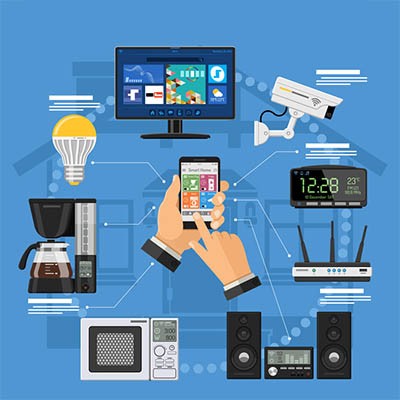 The Internet of Things is nothing to shake a stick at - with well over 15 billion devices connecting to the Internet, it has become a force that cannot be ignored. This applies not only to the consumer devices that many associate the IoT with, but also the many IoT applications in the business world as well. Here, we’ll go into the IoT’s significance to businesses of all types.

A Brief Review of the IoT
Basically, the Internet of Things includes any device that boosts its typical functionality with the ability to connect to the Internet. One caveat: this device is not one that one would need to have this connection to properly perform its base function. Think about the smart fitness watches that can automatically push data to your phone, as well as receive call and text data, or assistant devices like the Amazon Echo, that use Alexa to help you control your home with a few spoken phrases.

Due to their basis in convenience and, let’s face it, the undeniable “cool” factor that many IoT devices provide, the adoption of IoT devices is growing fast. Projections place its economic value at anywhere between $4-to-$11 trillion by 2025, with an estimated 20.4 billion devices in play around the world by 2020.

Home Usage, by Businesses
Again, the IoT has largely been associated with personal use, largely due to its unfortunate relative insecurity and its lean toward more casual uses. However, while consumer end-users are certainly the target market for many IoT devices, statistics tell a slightly different story. For instance, Gartner reported that 63% of IoT devices used in 2017 were owned by consumers, but it was businesses that contributed 57% of the total spending on IoT technology.

This comes from the fact that many of the things that a consumer wants for their own convenience can translate to a business’ needs very smoothly. Many private consumers are turning to IoT-powered security cameras to monitor their homes, just as many businesses have also done.

There are also some devices that many consumers simply cannot purchase, due to the exceptionally high costs of these devices. Take smart devices meant for health and fitness, for example. IoT fitness equipment comes with a very hefty price tag, far too high for the average user, but not too high for subscription-based businesses, like gyms.

Barriers to the IoT
Of course, actually implementing the IoT like this can be harder than one might anticipate. For starters, it is important that there is a measurable need for a device like this before one is adopted. The IoT is generally best suited to businesses with high levels of repetitive work that would otherwise absorb invaluable man-hours from those available. There is also the need to consider if an investment into the IoT is going to generate the return that makes it worthwhile. If channeling those funds elsewhere improves your business more, the investment into the IoT devices in question becomes the incorrect choice to make at the time.

Finally, we have to address security. The IoT has long been notorious for lax security, leaving users more vulnerable than otherwise. If you want to adopt IoT devices to assist in your business’ processes, you need to make sure that your security is prepared for it as well.

Out of the Box Solutions can assist you in these matters. Reach out to us at 800-750-4OBS (4627) for more information about our IT services.