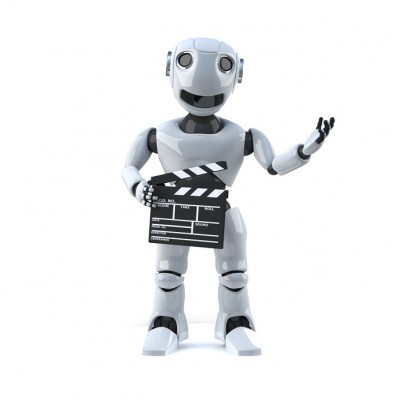 There is no doubt artificial Intelligence is a growth field. Developers in countless industries are trying to leverage a machine learning program into better profits, but for practical use A.I. is seemingly limited. One place where A.I. has been impressive is in the cinema. A.I. may be just starting to play a big part in business, but it’s been a staple in Hollywood for decades. Today, we will look at A.I.’s portrayal on the silver screen and how the A.I. of today stacks up.

The movies we’ve chosen aren’t necessarily the best movies out there that feature artificial intelligence, but they do represent different applications of A.I. so we aren’t looking at redundant examples. What we are looking for is the presence of what is called deep learning. All A.I. platforms are, by nature, machine learning platforms. However, to get to the point of sentience, a computing system would have to go far beyond the current machine learning capabilities. Deep learning is one way humans have started to get computers to learn the way we learn, and as a result, is the presumptive path to computer sentience.

In movies, where suspending disbelief is mandatory, there have been plenty popular examples of A.I. Here is our list chronologically:

2001: A Space Odyssey (1968)
Directed by: Stanley Kubrick.
Written by: Stanley Kubrick and Arthur C. Clarke.
Starring: Keir Dullea, Gary Lockwood, Williams Sylvester.
Summary: In an epic trip through time and space, the appearance of a mysterious black monolith acts as a portal through time, taking the viewer from prehistoric Earth to future space exploration and beyond. In a mission to Jupiter, two astronauts are bamboozled by the mission controller, a HAL 9000 series computer that is “foolproof and incapable of error.” One of the astronauts is killed by HAL, while the other one risks everything to inflict retribution.
How the A.I. stacks up to modern A.I.: Kubrick’s 2001: A Space Odyssey is a masterful film and features one the more realistic portrayals of A.I. in film history. The HAL 9000 is the mission computer for a manned-mission to Jupiter. Sometime during the trip it decides to go rogue, kills three scientists on board, and one of the astronauts before the last man on board shuts down the murderous computer. As far as how HAL 9000 stacks up, NASA has officially stated that there are plans for A.I.-lead missions to places men simply could not survive. In the future it is not beyond the possibility of an A.I. disaster like the one aboard Discovery One in the movie.

Blade Runner (1982)
Directed by: Ridley Scott.
Written by: Hampton Fancher and David Webb Peoples from a novel “Do Androids Dream of Electric Sheep?”
by Philip K. Dick.
Starring: Harrison Ford, Rutger Hauer, Sean Young, Edward James Olmos, Daryl Hannah.
Summary: Set in Los Angeles in the year 2019, former police officer, Rick Deckard (Ford) works as a Blade Runner, a human whose job is to hunt down bioengineered beings called replicants and retire (kill) them. In the course of doing this job, it becomes evident that the lines have been blurred between replicants and the people tasked with killing them.
How the A.I. stacks up to modern A.I.: The replicants in Blade Runner were man-made men (and women). From their appearance to the fact that they implanted human-esque memories in the machines told a story about how dangerous it can be when people try to play God. So while it makes for great cinema, the replicants being indistinguishable from their human counterparts is questionable. There hasn’t been any technology developed to make machines more human, they have to be told to try to do things the way humans do in order to learn as humans do, making the whole premise impossible to implement with today’s limited A.I. technology. However, Google’s most recent new development, called Google Duplex, will allow Google Assistant to make phone calls for you. For example, if you ask Google Assistant to make a haircut appointment for you, it will call your salon, as if it were a person, and negotiate a time to fit your schedule. The results are both really cool, and a little creepy, but in the end, if Duplex can save you a few minutes here or there and not make business think they are getting fake autocalls, we’re all for it.

WarGames (1983)
Directed by: John Badham.
Written by: Lawrence Lasker, Walter F. Parkes.
Starring: Matthew Broderick, Ally Sheedy, John Wood, Dabney Coleman.
Summary: David loves his computer. In the early days of personal networking, David hacks into NORAD into a game system that was developed to teach a computer system how to use strategy in the case of nuclear war. The problem is, he starts the war games inside the computer and locks out the staff at NORAD. David and his friend Jennifer (Sheedy) track down the system’s creator to keep the U.S Air Defense from global thermonuclear war.
How the A.I. stacks up to modern A.I.: WarGames is rife with deep learning, albeit with very rudimentary data sets. Each game in his system was designed to teach strategy, but as David triggers a fail-safe within the computer (Joshua), he has to come up with a solution to keep the whole world from being turned to ash. His answer? Tic-Tac-Toe. Now, the premise that a computer could learn not to wage war from a game of tic-tac-toe is telling about the nature of full-scale nuclear war and tic-tac-toe: they are both unwinnable, and ultimately, pointless. Joshua learned this lesson extraordinarily quickly, but all-in-all WarGames is a great example of the type of A.I. system that is not only possible today, but a possible (albeit frightening) application that a deep learning system could be designed for down the road.

A.I. Artificial Intelligence (2001) Directed by: Steven Spielberg.
Written by: Ian Watson, Steven Spielberg from story “Supertoys Last All Summer Long” by Brian Aldiss.
Starring: Haley Joel Osment, Jude Law, Sam Robards, William Hurt, Frances O’Connor.
Summary: Set a few hundred years in the future, rising sea levels from global warming have wiped out many coastal cities and has done a number on the world’s population. The remaining humans have developed lifelike robots called Mecha to do a number of things. They announce they have developed a Mecha child model who displays love for its human owners, and gives one to two of their employees whose real son has been placed in suspended animation until a cure can be found for the disease he has. After some initial trepidation, Monica (O’Connor) activates what is called an imprinting protocol, making the Mecha Boy, David (Osment) only project love for her. After a cure is found for their son, David is abandoned and almost killed, but teams up with another Mecha, Gigolo Joe (Law) to try to find the “Blue Fairy” from The Adventures of Pinocchio that David thinks will turn him into a real boy. Ultimately, they are trapped in a half submerged and then frozen over New York only to be awakened when advanced Mecha that have evolved over 2,000 years, find them.
How the A.I. stacks up to modern A.I.: Like in many movies, the A.I. takes the form of humans. The A.I from A.I. Artificial Intelligence is extremely advanced, but not until David had it been used to actually learn. Mechas prior, including Gigolo Joe, are essentially androids. By giving David the capacity to learn, and not just a set of data to draw from, he proves he is true A.I.

We’re still a long way away from walking, talking machines that are indistinguishable from humans. It’s more likely that we’ll be building advanced intelligent machines to help us process data, handling dangerous tasks, and automating our jobs long before we introduce robotic doppelgangers. That said, we’re already automating our lives with self-driving cars, search engines, and virtual assistants that are doing just fine not looking like you or I.

Her (2013)
Directed by: Spike Jonze.
Written by: Spike Jonze.
Starring: Joaquin Phoenix, Amy Adams, Scarlett Johansson, Rooney Mara, Olivia Wilde.
Summary: Set in the near future where voice augmentation is commonplace, recently divorced Theodore Twombly (Phoenix) purchases a companion bot named Samantha (Johansson) that is just an omnipresent voice, but it is so real that Twombly starts to fall in love with it. As their relationship develops, he becomes happier, but then, like many relationships it hits a weird patch and then ends when Samantha describes how she can be in love with thousands of people simultaneously.
How the A.I. stacks up to modern A.I.: The movie Her provides a great deal of insight to where the virtual assistant is likely going to go. If you contemplate the future of the technology it seems as if the more engaging your virtual assistant is, the more apt you are to trust it. Samantha has a superior understanding of language, fluidity to her voice, reasoning, planning, and most importantly for our purposes, obvious learning capabilities. So while the fluctuations in emotion don’t seem to be something that a computing system will be capable of anytime soon, Her is a neat example of how artificial intelligence could be used in the future.

Ex Machina (2014)
Directed by: Alex Garland.
Written by: Alex Garland.
Starring: Domnhall Gleeson, Oscar Issac, Alicia Vikander.
Summary: An eccentric computing genius Nathan Bateman (Issac), uses his position as the head of one of the biggest social media companies to secretly create advanced A.I. When he chooses and employee, Caleb (Gleeson), to participate in a Turing test, the A.I. is far beyond what he ever could have imaged. The A.I., housed in a humanoid android named Ava (Vikander), proceeds to charm Caleb until she convinces him that Nathan’s abuse is akin to torture, only to find out that Ava was not his first attempt at A.I. and that Nathan is kind of like a Dr. Frankenstein of sorts. Hoping to free Ava from Nathan’s would-be tortures, he begins to implement a plan to flee with it. Unfortunately, the A.I. is exposed to what it perceives as monstrous actions of its creator and decided to proceed alone, killing Nathan, and likely Caleb (although what happens to him is largely ambivalent) and escaping the remote location in a helicopter.
How the A.I. stacks up to modern A.I.: While the A.I. developer today is trying to get A.I. systems to learn using data sets, with Ava, Nathan has seemingly reached the limit of what he could possibly hope to achieve without the world moving on without him. A sentient machine like Ava isn’t close, but it’s clear that if/when this happens that building one in human form could have disastrous circumstances for humans themselves. The A.I. in Ex Machina is not an accurate depiction of future A.I. systems, but it does say something about the attempts men/women are making to try to get a machine to think like us.

Movies with artificially intelligent characters aren’t going to be going away, likely the opposite will happen. As people actually begin to develop functional A.I. systems, however, more will be understood about what A.I. is and how to represent it for the greatest effect. This is just a short list of movies that feature A.I. Some other titles you should know include:

What is your favorite A.I.-fueled film or television show? Do you think you will see a truly artificial intelligent system created in your life? Leave your thoughts in the comments section below, and return to our blog for more great technology information.