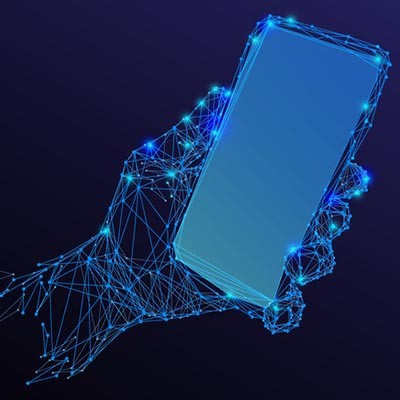 The smartphone has changed the world as much as any physical product over the past decade-plus. Today, people have near-ubiquitous access to the riches of the Internet. They can communicate in a multitude of ways. They have applications that can help them live the life they find most fulfilling.

As good as this technology has been, innovation has been a driving factor in its overwhelming popularity. With innovation slowing, the smartphone market has plateaued, and with the enormous investment made by electronics manufacturers, it is starting to scare off investors. Today, we will take a look at the next set of innovations that are going to be used in the smartphones of the future to ensure that we have the tools we need to keep moving forward.

Smartphone Popularity
It’s not a shock that so many people are locked into their phones; and, now there are more people than ever. Over 3 billion people now own and regularly use a smartphone. Not only do they provide access to people via the phone, applications, and social media, they also have a lot of fun games, the ability to take dictation, pictures, and video, and an impressive amount of content in which to choose. They also offer a lot of benefit for business use.

As popular as these devices are, there are a lot of smartphone manufacturers that are running in the red at the moment. This is despite the massive growth in Internet connectivity throughout the world.

The Future of the Smartphone
When attempting to look into our proverbial crystal ball to find out what the smartphone of the future looks like, you have to be imaginative. This is mainly because most of the smartphones that have been manufactured up until today look remarkably similar. Sure, in the early days of the smartphone they came equipped with what is known as a QWERTY keyboard, but ever since the responsiveness of touchscreens has improved, most phones house only a multi-touch-screen.

This leads us to the first feature that the phones of the very near future will have: In-display fingerprint readers. Chinese smartphone manufacturers Huawei and Xiaomi have begun to incorporate this very technology into their flagship phones. For much of the past five years, phones have been putting fingerprint readers on the phones to provide biometric security options for access to the phone’s contents as well to access to certain information in apps that have integrated the technology. By building it into the display, engineers don’t have to find a way to make the fingerprint reader accessible, it’s built right into the screen.

Speaking of the screen, a lot of research capital has gone into improving smartphone screens. With the development of more powerful, flexible materials, smartphone manufacturers have been steadily improving the displays of their products. In the very near future, expect major smartphone manufacturers to begin taking advantage of the OLED flexible screen technology. Additionally, along with being flexible, the amount of pixels used in these devices is going to push phones into being more media hubs than they are even today. In just a few years expect to see displays and capture capabilities that are doing 8K video.

As far as content capture goes, one of the biggest differences between phones of 2019 and phones of 2017 aren’t improvements in display or processing power, they are improvements in media capture through improved cameras and microphones built into the phones. In fact, the immediate future for phones seems to be tied to how effective it can be capturing content. Some phones have started to push this concept already, offering up to three different lenses that provide different features for the user. Expect this to continue. In fact, if the concept photos for new flagships are any indication, expect devices to start coming with a multitude of camera options. The higher the resolution the media is, the larger the files are, the faster the network has to be.

This brings us to our next expectation. We’ve been promised 5G mobile networking for several years now as 4G approaches a decade in service. We may have to wait a little longer, but in the next few years we will begin to get the bandwidth promised. Today the average mobile network provides data speeds of 30-to-100 Mbps. With 5G, we are looking at speeds of 10-to-20 times that. With the availability to send and receive data at speeds like that, better applications will drive the innovation of the medium well beyond what is capable with 4G. As far as computing goes, more power is always welcome.

No matter what cool, new, interesting, fast, and honestly remarkable features manufacturers put in a smartphone, if it doesn’t have the power to handle these features, it's a cool looking paperweight. Powering your phone today is likely either a lithium ion or lithium polymer battery. The facts are that the more powerful a device and its features are, the more power needs to be generated for sustained use. Scientists are trying to develop what they are calling a solid-state battery, which uses solid electrodes and electrolytes, rather than the liquid and polymer electrolytes found in modern smartphone batteries. Boosting the power in a device helps it power more dynamic features and helps it last longer, a major benefit for any smartphone.

What smartphone features would you like to see in the future? Leave your thoughts in the comments section below, and return to our blog for more great technology information.