Sick of Spam Calls? VoIP is Partly to Blame 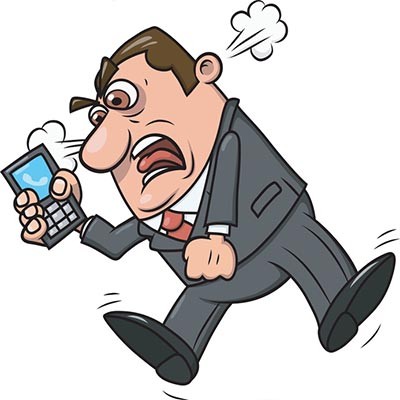 If you have access to a phone, chances are you’ve received a spammy robocall. In fact, you’ve probably received a bunch… but why? And how are these robocalls able to hide behind what looks to be a local number? Unfortunately, it’s because the scammers behind these robocalls are using a helpful business tool… Voice-over-Internet-Protocol telephony, also known as VoIP.

How Spam Callers Are Leveraging VoIP

While VoIP makes an excellent telephony solution for businesses, phone scammers can use it to their own advantage. As VoIP leverages the Internet to place calls, it has become remarkably easy for scammers to work around the call blocks that used to be an effective means of stopping them.

This is because VoIP allows cybercriminals to imitate any number they want, through a process known as spoofing. The scariest part is how there is nothing to stop these spoofed calls in the current telephone infrastructure. Well, maybe that isn’t the scariest part.

It may be a little more scary to think about how scammers and hackers can spoof a number from your neighborhood, increasing the likelihood that you’ll answer. You can even receive a spoofed call from your own number.

Of course, this doesn’t mean that a VoIP scammer will necessarily call you. Sure, some will - one common scam involves a scammer calling your hotel room posing at the front desk to confirm your credit card details. More frequently, these scammers will leverage automation to assist with their scams. Hundreds of potential victims will be robocalled with a spoofed number, and only those who pick up will be interacted with.

Different areas around the world are targeted by these scams more often. The top ten countries for phone spam break down as follows, based on the percentage of all calls that are spam.

Can These Calls Be Stopped?

With any luck, yes. Google has begun to implement a preventative process utilizing its Google Assistant. When a call is received, the Assistant answers, asks for the reason of the call, and provides a transcript of the response so the recipient of the call knows whether or not to answer. This all happens on the device, keeping your calls private.

The FTC has also been commanded to put a stop to these calls, including approving another Google technology, STIR/SHAKEN (Secure Telephone Identity Revisited/Signature-based Handling of Asserted information using toKENs) which would authenticate calls by confirming the number is associated with the device making the call, and therefore is presumably from the owner of the phone number.

How often do you receive these kinds of calls? How happy would you be if they were stopped? Tell us what you think in the comments!