Tablet Sales are Dipping--Here’s a Few Reasons Why 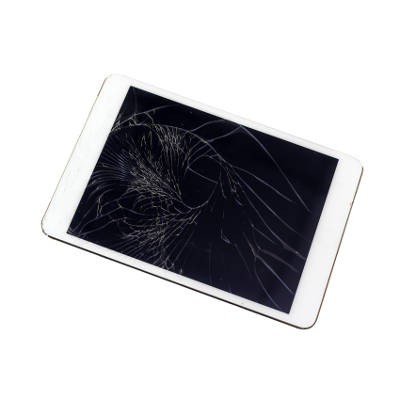 There was once a time that it was expected that the tablet would overtake PCs as the computing device of choice, but the steady decline of tablet sales would suggest that was a prediction that missed the mark. The question is--why? As it turns out, there are a few reasons that the tablet isn’t performing as expected.

1: Lack of Wear and Tear
Consider where your phone goes on a regular basis - which is essentially, everywhere you go. The same can be said, to a limited extent, of laptops. These devices are routinely brought to the office, back home, to a cafe or coffee shop, airport terminals, on subways… the list goes on. However, when was the last time you brought a tablet out “into the wild,” so to speak?

One of the primary reasons that many people have foregone replacing their tablet is simply because it hasn’t worn out yet. There’s a lot more wear incurred schlepping a device around everywhere than there is cradling it with your feet up.

2: Lack of Upgrade Pressure
How often do you get a new smartphone? Between the two-year contracts that typically end with an upgrade and the yearly upgrade plans that Apple and Samsung have launched, there’s a good chance you are on a fairly predictable rotation of devices. The same cannot be said of tablets. There just isn’t the drive that creates a ‘need’ for an updated tablet that phone providers have cultivated. This is because there have been relatively few groundbreaking innovations made to tablets, reducing the motivation one has to upgrade the one they have that still suits their needs just fine.

3: Size Matters
The tablet has the problem of being both too big and too small to be convenient. As smartphone displays have become larger, it has begun to make more sense for a user to just have a smartphone, rather than a tablet. On the other hand, many users are also turning to convertible touchscreen laptops, essentially a tablet with greater computing power. As a result, the tablet is left somewhere in the middle, not really meeting the needs of either type of user.

As handy as a tablet may sound, these limitations have caused them to fall behind smartphones and laptops in popularity. However, this does not mean that they aren’t still useful in the business setting. Businesses need a solution that they know will reliably do the job it was meant to do. A tablet may fit that bill, depending on their circumstances.