The Future of Windows 7 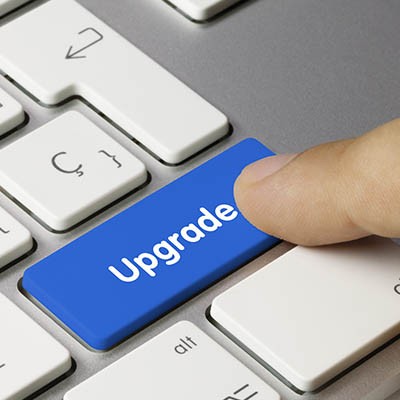 Did you take advantage of the free upgrade to Windows 10? This free upgrade was offered all across the globe to Windows 7 and Windows 8.1 users for a limited period of time. You expect users would flock towards Microsoft’s newest operating system; so why were so few migrating to Windows 10?

The answer comes when we look at Windows 7 as an operating system. Windows 7 is deserving of some merit. It has been--and in places, still is-- an excellent operating system, which is why it has dominated the PC operating system market share since launching in 2009. Users have been clinging to Windows 7 even following the release of Windows 8 in October 2012, so why would Windows 10 be any different?

Why Users Turned Down a Free Upgrade

One deterrent which ultimately affected Windows 10’s failure to catch on were the default settings. With the introduction of the newest OS, along came controversial services and features. Users felt Microsoft was collecting too much information about them. Microsoft even began listening into conversations with the introduction of Cortana. Cortana would be on stand-by at all times (unless it was toggled off), waiting for a voice command. What else was collected?

Differences between Windows 7 and Windows 10

One difference between Windows 7 and Windows 10 was that users lacked preinstalled software for DVDs by default. This wasn’t the biggest deal, but users had to install software in order to be able to play a DVD. Another difference, updates were pushed automatically into the patching system. This transitions us into the next key element which hindered early success of Windows 10: change. Users turned down free upgrades simply because they were comfortable and liked their current operating system, and the features it offered.

Why Business Users Are Finally Migrating

Microsoft, after 10 years of Windows 7, is pushing change. Support for Windows 7 is coming to an end on January 14th, 2020. Businesses understand that with the announcement of software updates coming to an end, vulnerability increases. Windows 7 users will be at greater risk for viruses and malware. Software updates keep us safe, and Windows 10 offers them. What else is causing businesses to flock to Windows 10?

Change in software can be a major benefit, especially when you are staring Pandora’s Box in the face. Out of the Box Solutions understands how intimidating learning a new operating system is, but encourages the transition for your business’ security. If you have any questions regarding Windows 10 and getting your systems migrated before January 2020, call our experts at 800-750-4OBS (4627).

Facebook Twitter LinkedIn
Tags:
Upgrade Windows Computer
Tip of the Week: Getting the Most Out of Your POS ...
IBM Concludes Data Breaches Aren’t Getting Any Che...

More posts from author
Friday, August 14 2020 Credential Stuffing and How It Can Lead to a Data Breach
Wednesday, August 12 2020 Tip of the Week: Basic Best Practices for Working from Home
Monday, August 10 2020 Office 365 Gets a New Name