Trying to Secure Our Votes, Online 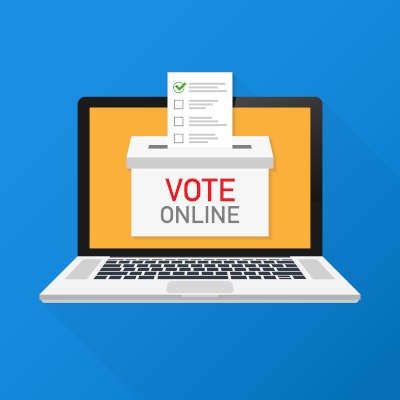 The 2020 election is months away and traces of it can be seen everywhere. As people quarrel about how social media is being used to interfere with the political process, there is pressure mounting on election officials and tech companies, alike, to do what they can to keep solicitation and corruption out of the ballot box. Let’s take a neutral view of the changes that some online platforms are making to the way that political information is shared.

What is the Concern?

The main issue is that there are more “journalists” now than ever, and depending on their political views, the story they tell can be starkly different from a “journalist” with the opposite political views (Keep in mind, we aren’t devaluing the role of a journalist, we’re putting the title in quotes because these actors aren’t actually doing real journalism). This creates several problems. They include:

When people have a predetermined agenda, they will do anything to subvert any truth that would give support to their opponents. This is how propaganda works, and sadly, modern online platforms do a great job of distributing it.

Today, propaganda doesn’t need to have the support of political organizations or militaries. With social media, there is a direct line to the audience for any platform. You’d think that would be a benefit of it, but the way that social media exposes someone’s acquaintances to information that doesn't always mesh with that individual’s worldview can be problematic. It has caused a lot of strife, given people’s propensity to ignore--or at least marginalize--other people’s viewpoints and opinions.

The more that it has affected potential voters, however, the more scrutiny these platforms have fallen under. Here’s how some of the most popular social media outlets are trying to handle this situation.

Most of the controversies that happen in this space are on Facebook. The way that they handle the situation has been the main driving force behind shifts other social platforms have made. Facebook was caught up in the Cambridge Analytica scandal, and has come under heavy scrutiny for it’s protection of First Amendment rights in regards to misinformation made available by its users. They haven’t been static on this issue, however. They have started a couple initiatives to better provide the freedom of speech without being accused of sponsoring the spread of lies.

Facebook, and its subsidiary company, Instagram, have set up a platform that is designed to get voters the information they need, whether they like it or not. Unfortunately, misinformation plagues this service as well, especially surrounding the COVID-19 pandemic.

Facebook is at the crossroads of society and information and any person that has something to say can say it on that platform. This hurts the platform’s credibility. There is no shortage of highly-politicized topics including COVID-19 pandemic response, election handling, and this has made it extremely difficult for people to know who and what information to trust. Influence from political leaders--both foreign and domestic--as well as misinformation campaigns perpetrated by political groups and foreign agents further exacerbate what is a problematic situation altogether.

In response, the Election Information Hub was created to share verified information. Let’s hope it isn’t compromised over the next two months.

What Are Other Organizations Doing?

Social media giants had their first real political scare in 2020. As a result, the following companies have joined a pledge to stop the spread of propaganda and political lies:

These are some heavy hitters. On August 12, 2020, the group met with government agencies to try and help guarantee that the election wasn’t influenced by any outside organizations or government. They will be labeling posts to encourage the sharing of correct information, as well as to warn users of misleading information.

These companies are also leading the way by providing paid time off to vote on November 3rd.

Whether or not all this action will improve the ability for people to get the facts rather than “alternative facts” or opinion remains to be seen.

How do you think social media has done keeping lies and propaganda out of your news feed? Leave your RESPECTFUL thoughts in the comments section below.

Tags:
Social Media Miscellaneous Information
Keep an Eye on Gmail’s New Capabilities
Are Passwords Soon Going to Be a Thing of the Past...