What’s Going on With the Internet? 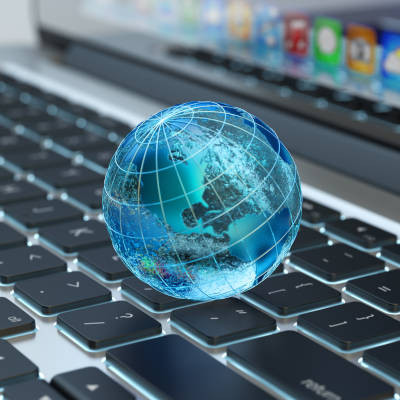 The Internet was always envisioned to be a network capable of sharing information across the globe—hence, the term “world wide web.” However, many online services are currently at odds with governing bodies, many business tactics and decisions impacted or even prohibited as a result. Let’s examine some of these tactics, and how the Internet has been impacted.

The Shift the Internet Has Seen in Its Mission

As we said, the Internet was at first presented as a convenient means of sharing information free of restrictions. Things are shaping up differently in reality, due in large part to geopolitical concerns and considerations. For instance, as of this writing:

Disputes like these (as well as the many others that have taken place) will likely lead to different regional areas experiencing a much different Internet than their neighbors, particularly as regulations continue to be put in place in response to trade disputes and swelling nationalism around the world.

This is distinctly different from the idea of what the Internet was not too terribly long ago, when many of these tech firms and platforms were first introduced. Consider when Facebook first went global: discounting the isolationist North Korea and China’s Great Firewall censorship, there was little pushback against the social network. However, with the ongoing development of these platforms it has become more and more clear that the differences between different countries and their legislation will need to be addressed in terms of the Internet.

The situation in Australia has particularly highlighted this need. The law in question was intended to require tech firms and platforms like Facebook to pay for the capability to share these stories, leading to many news outlets being banned from the platform—and many affiliated government services and organizations being bundled in with them as well, creating significant issues in terms of charities being wrapped up into the ban.

While the situation has been resolved in the short-term, it does suggest that a more unified standard will need to be enforced.

Many predictions point to an international standard being implemented to help keep some of these social media companies in check and ensure that news publishers would receive payment for the content they produce.

This will require no small amount of cooperation and collaboration between different governments and platforms alike, so we shouldn’t hold our breath for any changes of this scale in the near future.

Of course, we’ve barely scratched the surface on this topic, so there is plenty more for you to discuss in the comments. What do you think? Share your thoughts and give us a call at 800-750-4OBS (4627) to ask any of your business’ IT-related questions.