Why Social Engineering Needs to Be on Your Radar 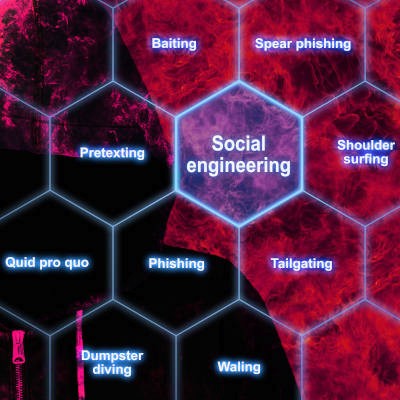 Let’s examine how social engineering is shaped, and why it can be such an effective method for hackers to use.

What is Social Engineering?

While the term is now most closely associated with cybercrime, the basic concept behind social engineering is using one’s perceived influence (whether that perception is accurate or not) to lead another person into making decisions that are to your benefit.

Take a moment and think of some of the cyberattacks you’ve seen in film and television. With very few exceptions, they either are carried out through a direct attack where the cybercriminal types in some code and disables the target’s defenses, or the cybercriminal puts on a disguise to infiltrate the business itself. Of the two, the latter is closer to the social engineering approach, but it is not unheard of for an attack to utilize aspects of both (granted, films and television drastically oversimplify how this works).

For our purposes, social engineering is the term used to describe when someone uses the fundamentals of human psychology to gain unauthorized access to a business and its data. Rather than exploiting a vulnerability within a system’s technology, a social engineer will take advantage of the people working with the technology to gain access through relatively simple psychology.

This can be accomplished through a few different means, each classifiable under a different banner: user carelessness, perceived helpfulness, fear tactics, and working within a comfort zone. What follows is a review of these banners and some of the strategies that a social engineering cybercriminal will use as a part of each. We will also go over a few best practices that can help prevent a social engineer’s success.

It is not uncommon for a scammer looking to leverage social engineering to rely on the oversights of a business’ end users in order to gain some information. Some of the things that may be thrown out without a second thought could very easily cause a security leak, so it doesn’t hurt to keep a shredder readily available in the office. If a scammer has managed to get into your building itself, they might not even have to bother dumpster diving, especially if your users have their passwords recorded on sticky notes and pasted to their monitors. This is precisely why you should never keep your passwords written down somewhere, regardless of how much you trust your coworkers or employees.

People are social creatures, which is why it is (for the most part) our instinct to lend someone a hand if we see they need help. This impulse has contributed to cybercriminals taking advantage of their victims in order to advance their schemes. How often do you see someone holding a door for a perfect stranger if they are carrying something, or even if they are walking closely enough? Many times, this tendency has allowed cybercriminals to gain the access they need to execute their attack thanks to an unwitting employee. This can even happen after emergency evacuation drills, as the high volume of traffic allows a cybercriminal to pass through relatively unnoticed. Otherwise, scammers will frequently call up the organization, ask to be connected to IT, and (posing as a user whose name they found on LinkedIn or by searching through the trash) ask to have their credentials reset. While the natural inclination to be helpful can make it difficult, resist offering this kind of help unless you can confirm the person to be trustworthy.

Working Within the Comfort Zone

When we think about hackers, one of the most common features that our imaginations likely share is the “fact” that the cybercriminal is operating at a distance. Unfortunately, this isn’t always the case, as a key social engineering tactic is to conduct an attack right under someone’s nose. A clever cybercriminal might gain access to a large enough business by loitering around where employees take their smoke breaks, gaining access to the building by simply following the group back into the office. Alternatively, some of the more theatrical scammers may actually dress up as a maintenance worker or some other vendor to gain access, where they can then peek at your employees’ screens or steal data from trash cans.

Unfortunately, this technically would also include insider threats, where your employees intentionally cause data breaches and leaks.

Finally, fear has long been known to be a powerful motivator, so it really is no surprise that cybercriminals would resort to this means to coerce their targets into compliance. This tactic is what gives phishing such a nasty bite, along with many other guerilla forms of cyberattack. Striking fast, and threatening severe consequences if the target doesn’t do exactly what they are told, the cybercriminal can create a very convincing narrative that an end user unfamiliar with the warning signs of such attacks could easily fall for.

We Can Help Protect Your Business

From improved authentication methods to upped awareness to improved security solutions, Out of the Box Solutions can help you secure your business from unwanted intrusions. To find out more about what we offer, reach out to us at 800-750-4OBS (4627).

Tags:
Users Phishing Network Security
Tip of the Week: Properly Cleaning Your Laptop
Shadow IT Is a Problem, or Is It?